A lot has been happening lately, and that includes a lot of baking.

To begin with, my exams have occupied most of my week, so despite having a small bundle of recipes to post and reflect upon, I have to limit myself to one for now. And that would be the earliest of the batch, the Japanese Cheesecake.

Famous for its soufflé-like texture and light taste, I figured it'd be a nice treat to make for my family, since all save mother bird and I lack sweet tooths. The procedures it calls for are a bit more complex, such as double-boiling mixtures and baking the batter in a roasting pan with water, but we managed to make due, mother bird and me. 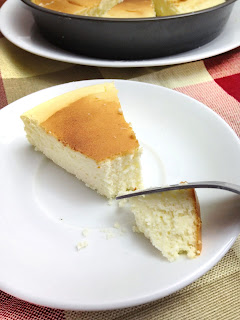 I think what I liked the most about this cake was that it was airy and spongy. It wasn't as dense or heavy as, say, a New York-style cheesecake. The absence of a crust makes it even lighter. The taste is somehow more delicate than an American cheesecake and frankly, it's addictive. Taking a lick off the fork once I'd finished using it to pry a slice out of the pan for mother bird to try was all it took to persuade me to have a slice of my own, even though I'd told myself I shan't.
Well, that's what cakes do.
This cake happens to be especially good at doing it. 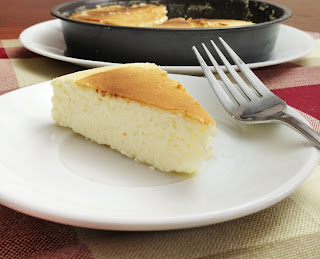